Every four years or so, I go through a change. This isn’t only career changes. (The 3.5 year itch) It also has to do with the creative communities in which I participate.  The longer I am with an activity or community, the more familiar I become with it. The stars fall out of my eyes.  Familiarity allows me to see the reality of the people around me and whether or not the activity or community is contributing to my growth.

I used to be on a TV show.  The first year I was in star-in-my-eyes newbie. I thought it was the greatest thing I had done.  I was happy to meet new people, to have a new social network, and to have a new creative outlet.  It was fun, positive, even with the complicated and tedious logistics of being on TV. My second year went well as I expanded my social network. I had gotten my bearings as I knew what was going on.  But I began to experience interpersonal drama. As with any close-knit community that spends lots of time working together, conflicts arose. Within the social circle, hierarchies and cliques formed. People expressed their affinities towards one group over another. The group became divided into factions along various lines. So being on the show began to go sour. By the end of my time on the show, I had cut back on the time I gave. I no longer made an extra effort to appear on the show. I had severed ties with several people with whom I had socialized. I moved on at a point when being on the show was still fun. I knew its time had ended. 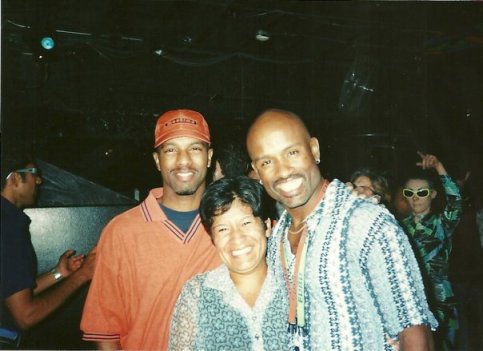 Years before that experience, I was a club kid for years. I hung with the same group of fellow dancers and followed the same DJs for nearly a decade. Of course, my life went through many changes, both personal and professional. While there were moments of drama, we were able to move past those. I have been friends with some of those people for over twenty years. Whenever we reunite, we recreate the best of those times. Our bonds are still intact. The love that was fostered has transcended time.  As I compare both these experiences, it could be that my time on the TV show wasn’t about fostering love.

As I grow within a community, my thinking begins to shift after the second year and definitely during the third year.  I see this as positive as it allows me to reflect. I evaluate whether my participation is worthwhile. When I’m no longer being the best version of myself within that social circle or if I feel that my creativity is being stifled by my own lack of effort, by social circumstances, or due to the leadership, it is time for me to move on. I understand when I have completed my growth cycle through a community and outlet.

Creative communities are called to foster love. Where there is genuine respect and love, problems can be resolved. But it’s important for me to recognize when an activity or community has served its purpose. I have grown and accomplished some goals. I am ready to move on to the next project or experience.

Me moving on to new opportunities