Yesterday I went to a dance competition with M. We were up at 5am. We struggled as usual to get her thick beautiful hair up into a bun. She had four dances (tap, hip hop, and jazz) and four costume changes. I could tell she was stressed because it would be the first time competing with her hip hop team. She’s been with her competitive team for three years so she’s much more confident about those routines and that group. Because of the competition schedule, there wasn’t any time for her to be backstage with her hip hop team doing run-throughs. She took to the stage for a tap number that had previously won a platinum award. 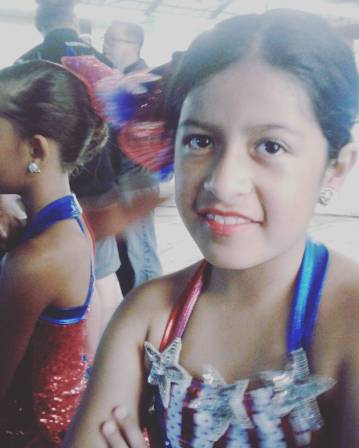 As I watched her tap number, I thought she looked distracted.  She wasn’t focused or smiling.  I was disappointed because she usually has great stage presence and confidence. I was irritated because I felt I had allowed her to take on too much and now she was overwhelmed. “Her head is not in the game” I told a fellow dance mom. I sounded like a crazy dance mom which I’m not. When M came off the stage, I could see the tears in her eyes. I immediately became worried. Maybe her teacher had seen something go awry and had admonished her. It’s unlike her teacher to do so; however my daughter is getting older so expectations could and should be higher. M told me she had made a mistake and she had cost her team “tons of points.” As I have previously mentioned, M has started to exhibit symptoms of anxiety. I knew in that moment she needed to breathe. I held her hands and looked into her eyes. We breathed in through our noses and out through our mouths several times so she could calm down. I reassured her she looked great on stage. She said she had forgotten some of the choreography. I told I hadn’t noticed her footwork. The teacher came over and said she had seen the mistake and that my daughter had looked over at her in panic. The teacher had nodded at her. My daughter quickly got back in formation and carried on. We headed backstage to get into her hip hop costume with minutes to spare before performance. Competition went on. She recovered her composure and performed with yet one other team.

Then it was time for awards. I was pleased when they received a platinum award for tap. I knew she had done well. After giving each routine an individual score, the competition handed out trophies for the best performances.  When “American Beauties”, their tap number, was announced as the first place overall for their age group, I literally screamed.  It was like I was watching New Edition or New Kids on the Block because I sounded like a hysterical fanatic. I was thrilled. 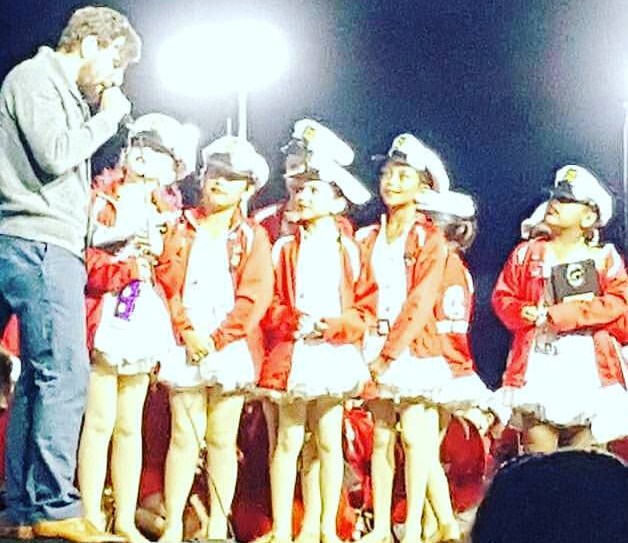 M is 2nd from left. Photo by A. Castillon.

Seeing M and her dance sisters receive that trophy was a wonderful moment. Though she underestimated herself, I’m grateful she received the reassurance of her talent and recognition for their hard work.  I’m especially proud of the fact that she strives for excellence.  She sets high standards for herself and that reaps rewards.