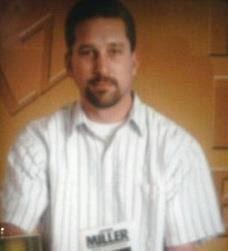 Eight years ago, I was thirty-four.  I was depressed, overwhelmed, and doing little to get better.  I also lost one of my dearest friends to cancer.
Today is the anniversary of Brett’s death.  I honor the day annually. I also still celebrate his birthday.  While he lived, we began a tradition of gag gifts for his birthday including a bulk pack of Irish Spring soap to commemorate the time an aging barfly walked up, took a deep sniff, and wondered aloud why he smelled so good and a box of Lucky Charms because of the goofy leprechaun voice he would use on the phone at work.  It didn’t matter what we gave him. He loved it and made a big show of his appreciation. He was a man of great joy and gratitude. 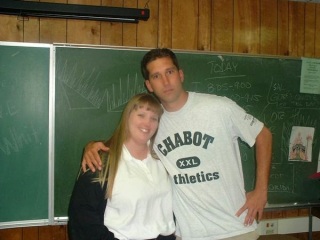 Some people may wonder why I continue to honor Brett in the way I do. Brett had been my confidant and the voice of reason during a time when I wasn’t the best version of myself. A coach by vocation, he would encourage me as he might have one of his players: he was direct, results-driven, and often tough.  So he continues to be my coach.  For every training run and half-marathon I complete, it is Brett to whom I dedicate the final mile. Every time I face a challenge, I remember Brett during his final months.  While these thoughts may be saddening, they are also empowering.  My friend transitioned in strength, power, and joy.
This is a letter I never completed last May:
Dearest Brett,
When I was in the hospital nearly two weeks ago, I realized I was on your floor.  I don’t know which room you were in but I remember the elevator ride w T. I don’t remember the walk down the hall but I remember how you held my hand as I struggled not to cry. You told me not to worry.  That moment illustrated the man and friend you were.
What you taught me was to persevere. And so I have. At work.  On training runs and at half-marathons.  Through illness. When I fight, I do so in the knowledge that you are in my corner.