With indigenous peoples once again relegated back to relative invisibility in mainstream media/pop culture (when are folks going to realize wisdom is wisdom?) many are collectively heaving a sigh of relief and pretending like they weren’t scurred.  I will be the first to admit that I was a little nervous, not because I believed the specific date was on the Mayan glyphs, but because my own universe is undergoing major changes.  This is good yet still intimidating.

For a greater part of my life, I feared change.  So I tried to control situations in unhealthy ways, through poor choices and actions fueled by fear, anger, or insecurity.  To live I needed to embrace change.  Rather than focus on the end of things/relationships/situations, I learned to be more mindful, to value the moments.  I learned that it was all right for worlds to end.
As with the Harold Camping Rapture debacle last year(my thoughts on 2011 Rapture), there was an emphasis on destruction, cataclysm, and chaos in many of the conversations I heard.  Perhaps, as Rigoberta Menchu observed recently, in times of change, we need to consider “lo esencial, lo humano y lo spiritual” (the essential, the human, and the spiritual.) We don’t need cataclysm to do so.  We also don’t need a predicted end of world date to realize there’s so much about our current society/times that could be changed or destroyed. Every one of us can take time to evaluate on our contribution (or lack thereof) to our community, both immediate and extended, and work to create the kind of world we want to give our children as legacy.
I, for one, am ready for certain aspects of my world to start anew. Pase lo que pase (come what may), I accept the challenge. 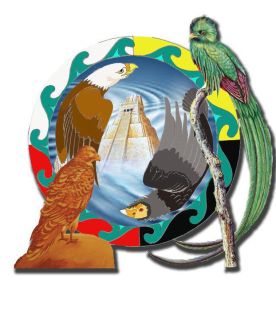 One thought on “Baktun to the future”